Article
4 Ways to Bounce Back from Failure
When we build these four principles in our lives, bouncing back from failure is achievable.
Ray Johnston
| 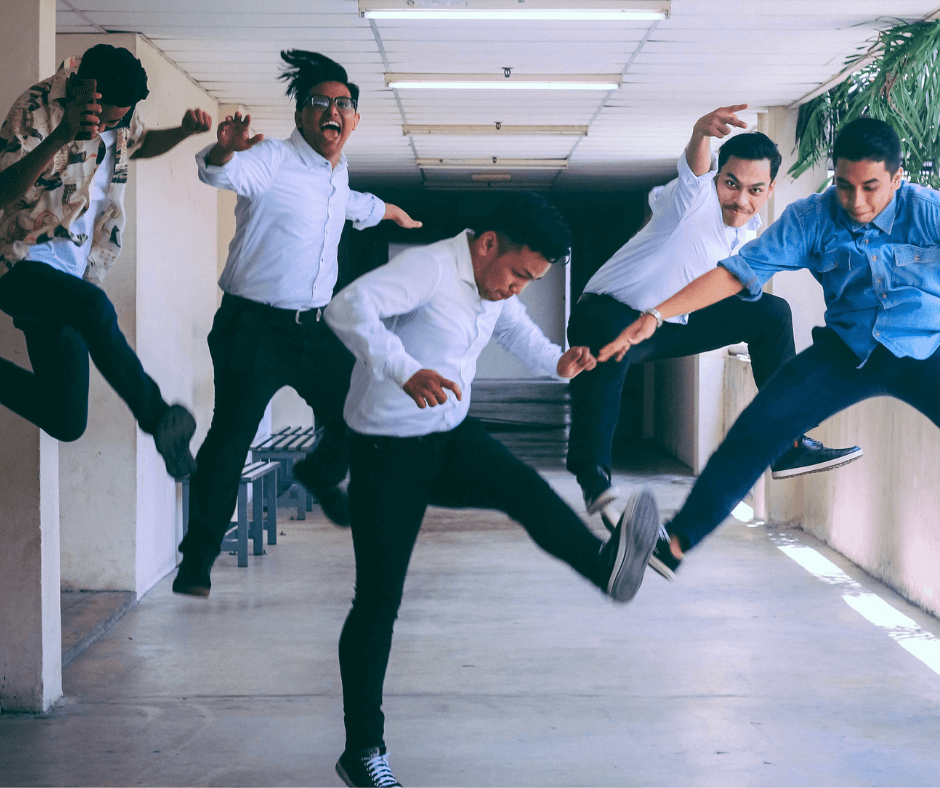 Are you a bouncer or a splatter?

Not sure? Think about the last time you failed (always easy for me). Did you get discouraged, go “splat,” and stay there? Or did you bounce right back up?

What you do with failure is a big deal. The vast majority of people who wreck their lives don’t do so because they failed. Lives are destroyed because people fail, get discouraged, and quit. They quit their marriage, their faith, their future, their finances, their health… they go splat and never get back up.

If you’re a splatter, the book of Zechariah is for you.

Zechariah is a prophet that God sent to the Israelites after they got discouraged and quit. After returning to their home after 70 years of exile, they were called to rebuild the temple, build walls, and to build a relationship with God.

They didn’t even finish the temple. Like so many of us, when the task at hand turned out to be harder than they expected, they quit.

Zechariah tells us that God’s concern is for our hearts. This book tells us that when we get discouraged, we need to get back up. And then it goes a step further – it gives us four things we all need to know to bounce back instead of staying down.

In Zechariah 1:3, God gives the Israelites (and us) a command and a promise: if we return to Him, He will return to us.

Ever worried that God has forgotten you, or given up on you? Ever wondered if maybe it was too late? If you feel that God is no longer interested in your life, there isn’t much sense in getting back up when disappointment strikes, is there?

But here’s the thing: God wants you back.

It’s everywhere in this book. In fact, Zechariah’s name means “The Lord Remembers.”

The next time failure knocks you down, know that God remembers you. He wants to bless you. When you walk away, He always, always wants you back.

A lack of strength is a far bigger problem than a lack of any outward possession. And I’m not talking about physical strength. Zechariah tells us that there’s no way we can have a great future unless we are spiritually strong. He calls us back to the word of God.

As you read through Zechariah, you’ll realize pretty quickly that it’s a book of prophecy. You’ll also notice that there’s some really bizarre stuff in there. But when you look a little deeper at these prophecies, you’ll start to notice a pattern.

In one vision, Zechariah sees horses and riders that have been sent throughout the Earth. God is telling us that no matter what happens, He knows about it.

In another, Zechariah sees four horns that are to be thrown down by four craftsmen. He’s told that the horns are the forces that worked against Jerusalem and that God is going to destroy them.

Here’s another (and this one is my favorite): Zechariah sees Joshua standing before the angel of the Lord. Satan’s there too, and he’s accusing him. What does the Lord do? He rebukes Satan. In other words, He tells him to shut up. I love that! When Satan tells you you’re not forgiven, that you’re not good, just do what God does – tell him to shut up!

So what do all these visions have in common? These three (and the other five you’ll find in Zechariah) are here to encourage us. When we fail, we have a reason to get back up and live better than we did before.

In Zechariah 7, people come to Zechariah asking if God wants them to continue fasting. God’s response was “were you really fasting for me?”

And then, in just a few short verses, He describes exactly what He wants Christians to be like:

“9 This is what the Lord Almighty said: ‘Administer true justice; show mercy and compassion to one another. 10 Do not oppress the widow or the fatherless, the foreigner or the poor. Do not plot evil against each other.’” (Zechariah 7:9-10)

Know what’s not in that list? Rituals or silly religious rules. Instead, we’re to take His love and pour it out on anyone who needs it.

When you’re with God, can failure keep you down?
When you’re spiritually strengthened, can discouragement overpower you?
When you’re encouraged, is disappointment in control?
When you’re authentic, is failure the end of the world?

When we build these four principles in our lives, bouncing back from failure is achievable.

When we have these four things, when we love God with all our heart, when we love the Bible and build it into our lives, we end up with so much love that we can use to impact the people in our lives and in our world. When that’s the alternative, quitting no longer feels like an option.